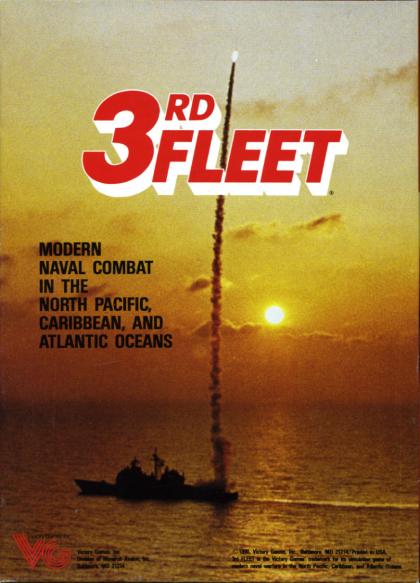 The fifth installment in Victory Games (I) popular Fleet Series, 3rd Fleet is actually three games in one. One games deals with the North Pacific, another with the volatile Caribbean region, and the third with the eastern Atlantic. In all three games, both players control surface ships, submarines, and aircraft. Each unit is carefully evaluated in ten different areas of modern naval combat. The players must attempt to protect their forces from the devastating firepower of such modern naval weapons as "smart" bombs, surface-to-surface missiles, and torpedoes. Meanwhile, they must attempt to inflict damage upon the enemy. All scenarios are very suitable for solitaire play. 3rd Fleet, with its multitude of options and strategies, continues Victory Games (I) line of realistic simulations of modern naval combat.