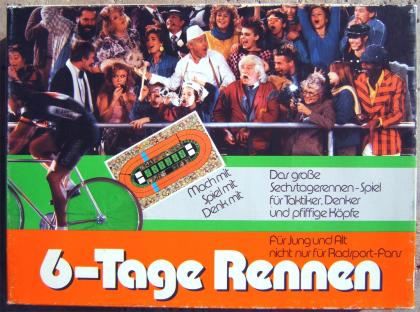 Example: A player plays a 3 card and lands on a space occupied by three other riders. He moves nine more spaces for a total move of twelve spaces.

The object of the game is to cross the finish line first.

Not to be confused with Internationales 6 Tage Rennen.