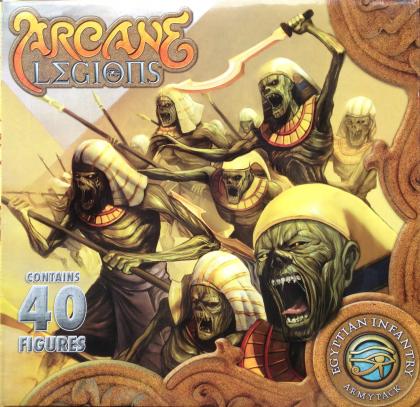 "Mark Anthony commands the combined might of Greece and Egypt, but the sorceress Cleopatra VII commands him. Together they field an arcane army like none that has walked the Earth, its ranks filled with undead from Egyptian tombs, creatures of legend, the mighty Roman 13th Legion, and even the ancient gods themselves - all barely controlled by powerful sorceresses."