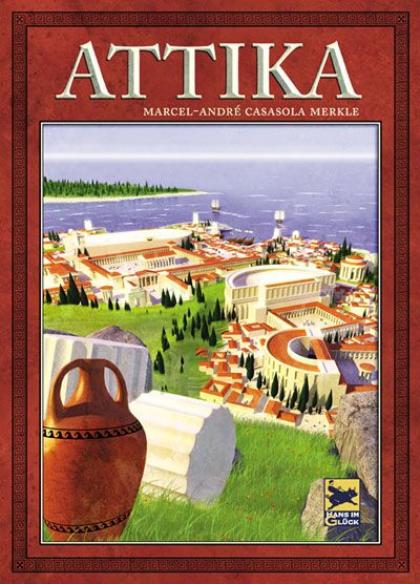 In ancient Greece — the cradle of European culture — Athens, Sparta, Corinth, and Thebes compete for dominance of the Greek peninsula and influence over the shrines. Each player oversees the building of their own city-state. Temple, theater and oracle, a harbor with ships, vineyard with vintner, and many more must find space on the Greek peninsula.

Players must move fast to get the best land for themselves while blocking their opponents from good building spots. As building is expensive, players seek to save money by using the natural resources of the peninsula. Players also seek to organize their building in an order that allows building for free. The game is won by the first player to connect two shrines or to construct all 30 of their buildings.