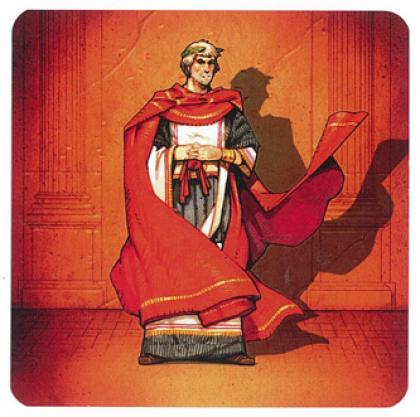 Augustus: Maximus Promo Card is a single card representing (as you might expect) the Emperor Augustus, who is now entering the game himself to aid one of the players.

During game set-up, the youngest player takes this card and places it in front of himself. During the game, when a token drawn from the bag doesn't allow the holder of Augustus to place a legion on a card, this player can choose to place one legion on a card (or move one legion), then pass the Augustus Maximus card to another player.