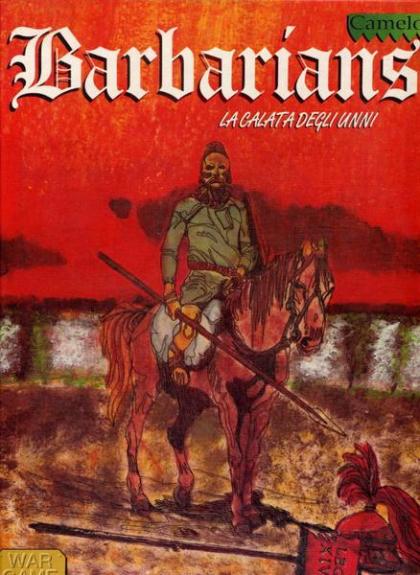 In this game, one player plays the role of a great roman emperor ruling the empire in the period that goes from its apex to its fall, facing the invasions of barbarians controlled by the other players. The barbarian players act as Attila, Alarico, or other great barbarian leaders, looking to spread their population over the rich roman territories and conquer them with their tribes. Each turn represents 25 of history, during which each emperor much pay existing legions, recruit new ones and launch his armies into the conquest of barbarian provinces. Meanwhile, the barbarian tribes multiply to produce new warriors to tighten their hold and attempt to enlarge their territories.