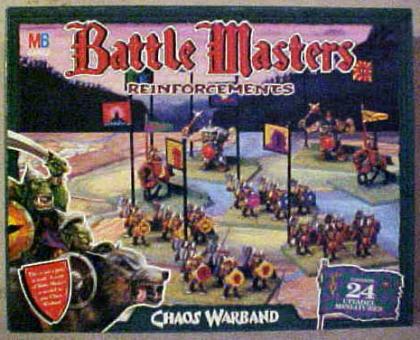 Marauders of Chaos is one of the 2 official expansions released by Milton Bradley and Games Workshop for Battle Masters. This one adds about 25 new miniatures for the 'evil' side, including new powerful warriors and some additional rules. Not sure but apparently these expansions were released in Europe only.