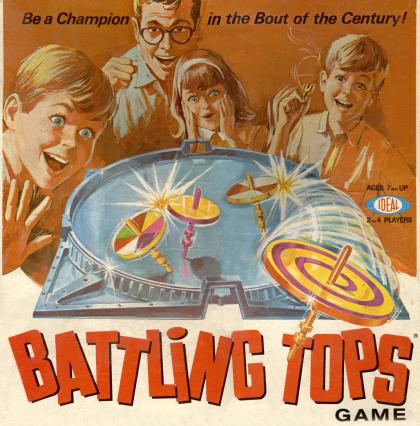 Battling Tops was produced by Ideal, in the late 60's. Players wind their tops and by pulling a string, the tops battle each other in a ring. The last top standing wins that round. The first "manager" to reach 8 wins is the champion.

Battling Ships (1977) was an updated release with a "board" around the battling arena that's kind of like the edges of Monopoly. Otherwise it is the same as Battling Tops.