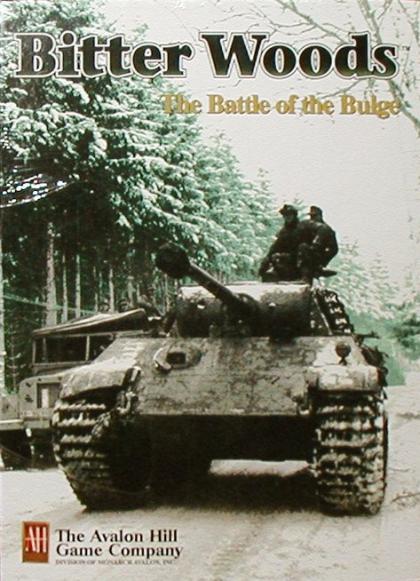 Bitter Woods is a mid-complexity wargame on the last great German offensive in Dec 1944, commonly known as the "Battle of the Bulge". The map depicts the area of operations, the Ardennes area at the borders of Germany, France, Belgium, and Luxemberg. Prominent features like roads, rivers and cities are depicted. A hexagonal grid is superimposed over the map to regulate game play. Each hexagon is 2 miles across, unit size is brigade and regiments. Each turn represents 12 hours of real time.