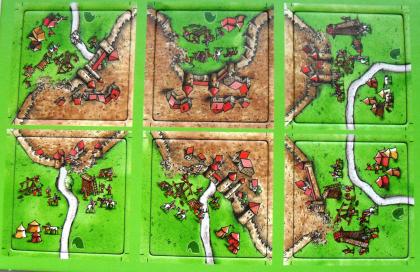 Carcassonne: Die Belagerer is a six tile mini-expansion for Carcassonne that allows players to lay siege to a city. A besieged city that is completed yields only one point per tile instead of the usual two; if the city contains a cathedral, each tile is worth two points instead of their normal value. Since the farming peasants supply the city as well as its besiegers, each completed besieged city counts twice for them in the endgame scoring.