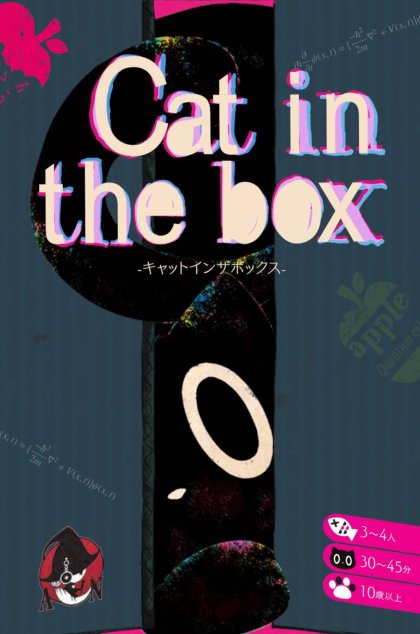 Cat Box is played with cards divided into quadrants each showing an empty box or one of five cats (in a box). Players take turns playing these cards to a shared display, overlapping previous cards by one or two quadrants. Each player is assigned a secret identity; if you are a cat you want as many of your cats showing at the end of the game as possible, and as large a group of them as possible, but if you are the chihuahua you want empty boxes and groups of exactly three cats.

Players can play cards held by themselves or any of their opponents, but one side of the card is used when playing your own cards and the other (mirror image) side when playing other peoples'.

The advanced game adds five single-use tokens for each player which have different effects.