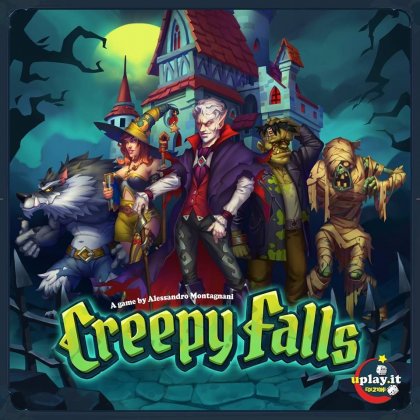 Creepy Falls is a town of monstrous creatures, under the control of awful vampires in the middle of the battle for the leadership. Each player is one of those vampires that should try to establish himself as the most powerful of the town, no matter how.&#10;&#10;Each round every player places his force to the City Board to get tokens. There are five typologies of token and consist mainly of victory points or material that can be used to grow your influence. Some tokens can also be used to take special characters in your force like werewolf or to cast spells that affect the game-play.&#10;&#10;After six rounds the player who has more victory points wins the game.&#10;&#10;