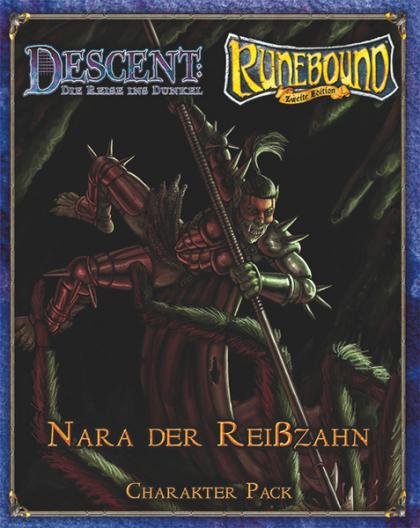 The figure Nara the Fang comes with three stats cards: One for Descent: Journeys in the Dark, one for Runebound (Second Edition) and one for Runewars.

The Runewars stats card was packaged with the original promo and given out at the "Realms of Terrinoth" event held at the Fantasy Flight Games event center April 2010. Also made available for a limited time as a Gift Bag including similar promos and Scenario Guide from the FFG store.