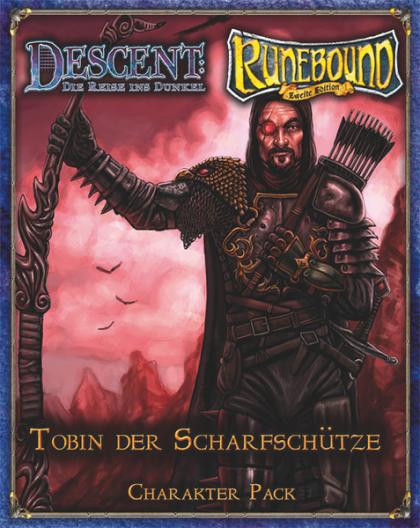 The figure Tobin Farslayer comes with three stats cards: One for Descent: Journeys in the Dark, one for Runebound (Second Edition) and one for Runewars.