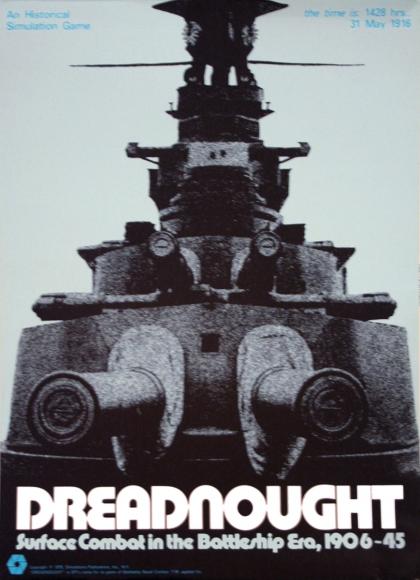 Dreadnought: Surface Combat in the Battleship Era, 1906-45, is a two-player simulation of surface naval warfare in the period 1906 to 1944 with the primary emphasis on the role of the all big-gun battleship (Dreadnought) in fleet actions. Historical and non-historical battles and naval campaigns are presented. Essential elements of surface naval warfare are recreated, including gunnery, torpedoes, ranging, damage control, formation handling and fleet coordination.