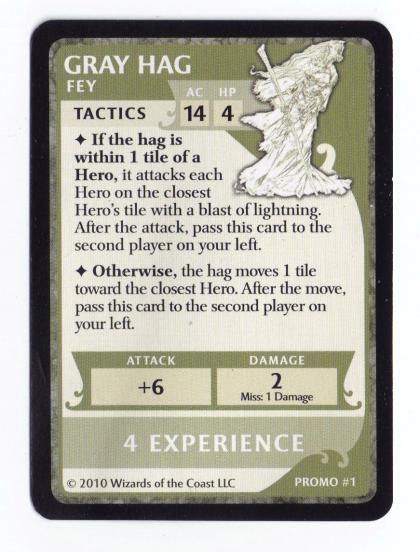 The Gray Hag is a promo card that was being given out at GenCon and PAX Prime 2010. It's also been reported that it was being given away to people who were already a part of the DM Rewards program but that people who now sign up will not get the promo.

-If the hag is within one tile of a hero, it attacks each Hero on the closest Hero's tile with a blast of lightning. After the attack, pass this card to the second player on your left.

-Otherwise, the hag moves 1 tile toward the closest Hero. After the move, pass this card to the second player on your left.