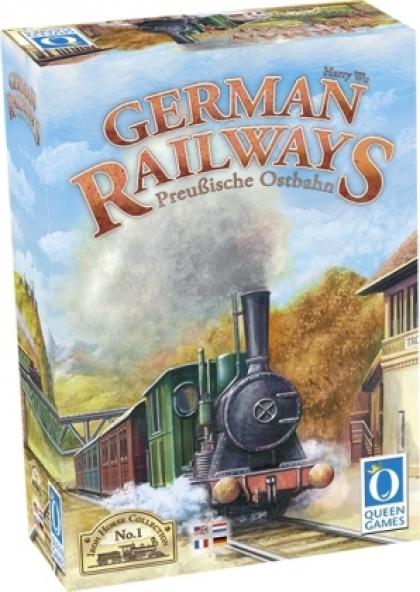 Preußische Ostbahn is the second game in Winsome's Historic Railroads System and was initially released at Essen 2008 and was reprinted in January 2010. Queen Games is scheduled to release this game in July 2011 as "German Railways", which will be the first in their Iron Horse collection.
The Queen Games version will have considerably improved components, and the rules will not be modified from those of the original release.

Harry Wu's Preußische Ostbahn builds upon the system established in Chicago Express, and takes the game series to Germany, 1840-1870. Preußische Ostbahn (Prussian Eastern Railroad in English) introduces an innovative new Player Order mechanism to the system.
In addition, each Railroad now has a special characteristic, based upon its history: