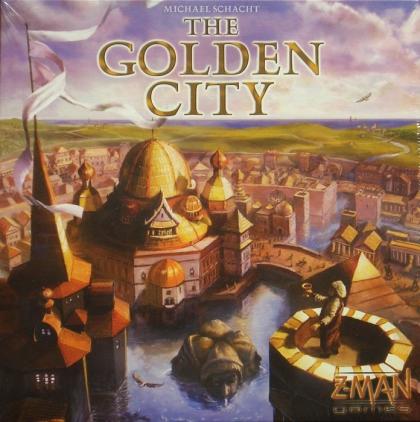 From far away, the adventurers have come to the island with the golden city in its center. Just arrived, they open up the first shop directly at the coast. Already it is possible to open up other ones in the villages along the street connections.

That's worth it because through that you'll get goods, keys, money, and concessions that you need for getting ahead. And finally the first is able to establish himself in the golden City and thus get the most precious trading contracts.

Part one of "The Gold Trilogy" (besides Valdora and Felinia)