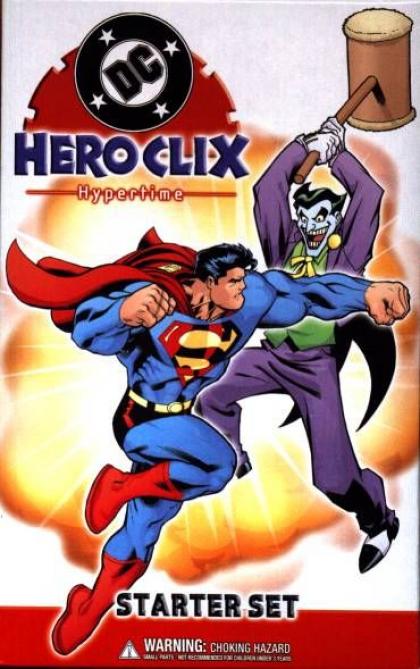 Based on the popular Mage Knights system, but utilizing super hero characters from the Marvel and DC Comics Universe.

The game plays much like a miniatures game, but without the measure-and-move system or the constant consultation of hit charts. Rather, most of the vital statistical information is directly on the base of the characters, which can be rotated as characters take damage from hits.

Since we're talking super heroes here, each character has special abilities and powers, which give the game its 'comic' book feel. While these powers are listed on separate charts, sometimes the interaction of these powers can cause confusion. Official FAQ can be found at the Wiz Kids website.