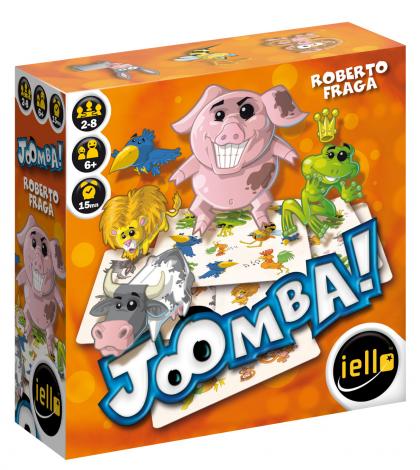 Joomba! is a simple party game in which players want to claim as many cards as possible. On a turn you reveal an animal card so that all players can see it; each card features four types of animals on it, with one animal type being present once, another being present twice, another three times, and the final type four times. Competing against everyone else, you must identify the animal that appears on the revealed card a number of times equal to the number on the back of the next card in the deck, then imitate the sound that animal makes.

The rules for Joomba! include three different ways to play.