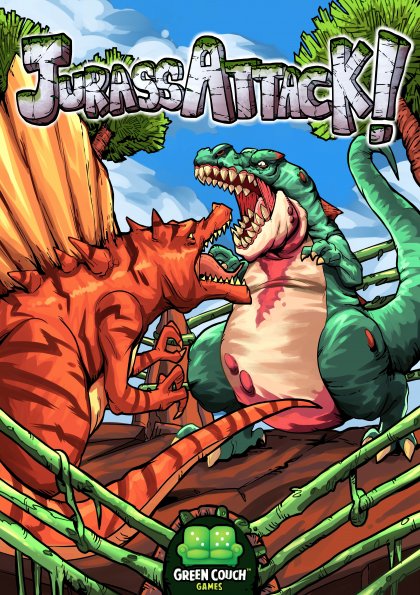 In JurassAttack!, two players face off in an epic face-to-face dinosaur battle!&#10;&#10;In the game, each player chooses a dinosaur or pack of dinosaurs of the same type from their hand, then they reveal them simultaneously to compare Ferocity values. The player with the highest total Ferocity wins the round, taking their rival's dinosaurs into their score pile. Different types of dinosaurs are worth varying amounts of victory points, so it's important to plan well and make sure not to give away too many points in the event of a knockout!&#10;&#10;These fierce, prehistoric beasts each have their own special effects as well. Some hunt alone while others may pack with dinos of different types. And sometimes, with a well-placed bluff, players may even be able to sneak some of their precious eggs into their own score pile to protect the future generation.&#10;&#10;