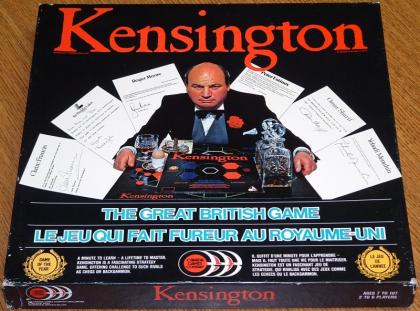 The board is made up of 7 hexes, one in the center and six surrounding. The hexes are joined by squares along the sides, and the squares are joined by triangles. The game is played on the intersections where the lines join. Players play one piece, of their 15, at a time until all pieces are placed, then pieces are moved one at a time from one intersection to another. If a player has a piece at all three of a triangles points, he can reposition any 1 of his opponent's pieces. If a player controls all 4 points of a square, then he can reposition 2 of his opponent's pieces. The object of the game is to control all six points of a hex.