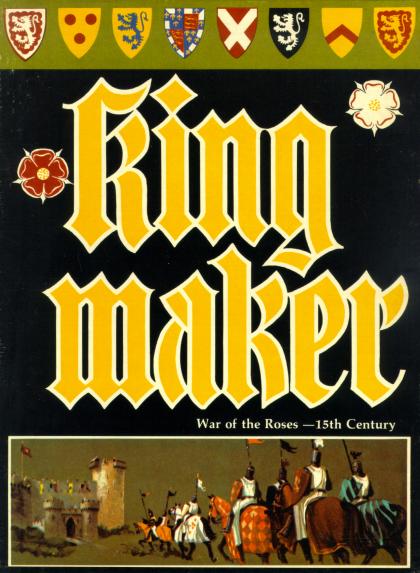 Kingmaker simulates the Wars of the Roses, the period of sporadic Civil War in England between 1450 and 1490. Ruled by a weak and mentally unstable king, Henry VI, demoralized by the defeat in France at the end of the Hundred Years War, and encouraged by the ambitions of Richard, Duke of York, and his sons; the country's Noble families used their large private armies in attempts to gain control of the government.

The game is based on the premise that the powerful Noble families used the Lancastrian and Yorkist princes as pawns in a greater game of gaining control of England. Players control factions using their military and political power to control and influence the royal heirs, supporting the heir in their control as king while trying to take down all of the other heirs.