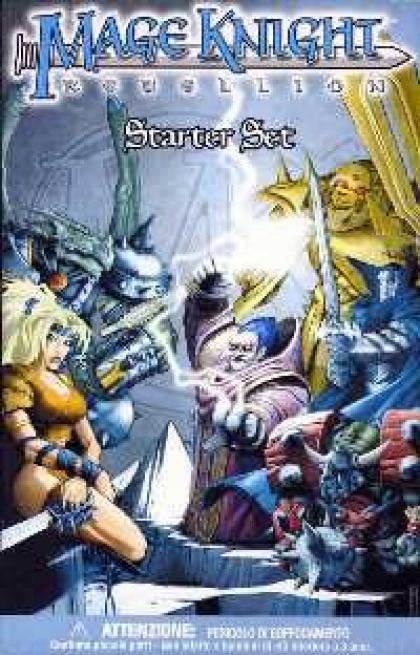 WizKids' first game, Mage Knight cleverly applies the CCG concept to miniatures; a "Starter Pack" contains 10 random pre-painted, plastic miniatures, while "Booster Packs" contain 5. Figures' stats are kept track of via dials on their bases, which change depending on how much damage they've taken.

As in most miniatures games, players each create an army with the same number of points (with each miniature having a different point value), then take turns moving and attacking until all of the opponent's forces are dead or captured, the opponent withdraws, or your pre-determined time limit expires.

The same figures could be used in two other games: