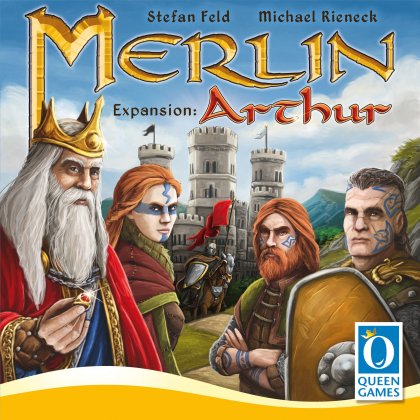 King Arthur has decided to join in the search to find a worthy successor to his throne. King Arthur will use his tactics to help knights gain more points and rewards throughout the game.&#10;&#10;The Arthur expansion adds a brand new rondell that fits over the top of the Merlin base game rondell. King Arthur now has his very own internal track that only he can move round either clockwise or anti-clockwise.&#10;&#10;This new expansion to the base game of Merlin opens up more action spaces and rewards as well as King Arthur himself. The expansion also adds new elements including the Picts and King Arthur's ring.&#10;&#10;-description from publisher's Kickstarter campaign&#10;&#10;