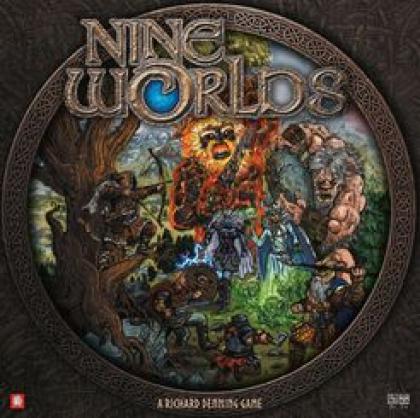 The nine worlds of Norse and Anglo-Germanic myth comprise the battleground for this area control game.

In the game Nine Worlds, players struggle to take control of these worlds, spending action points to add or remove armies, move them between the worlds, or banish them to Helheim. Control of a world gives access to world powers that players can use to win the game. Victory relates to the numbers of armies that players have in the Nine Worlds along with controlling or disputing control of as many worlds as possible.