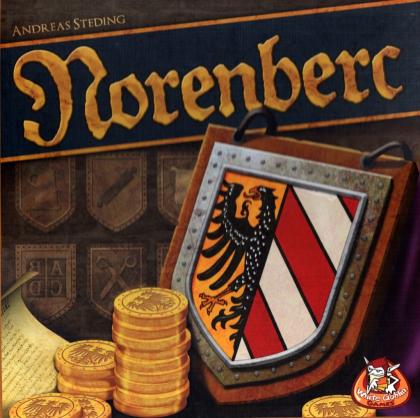 In Norenberc, each player represents an ambitious merchant trying to gain influence in the town council of Norenberc. To do this, players must win over the craftsmen of the city's various guilds. The player who manages to win over the most (and the most influential) craftsmen will be the one who wins the game.

Every round consists of one or more turns. Every turn, all players simultaneously select the guilds at which they wish to take actions, limited by the number of agents at their disposal. Actions include buying and selling goods and hiring guests who are lodging at the guilds: various craftsmen and townsmen with useful special abilities.

At the end of the game, players will compare their amassed craftsmen, crests, money, and townsmen to see who has won the game!