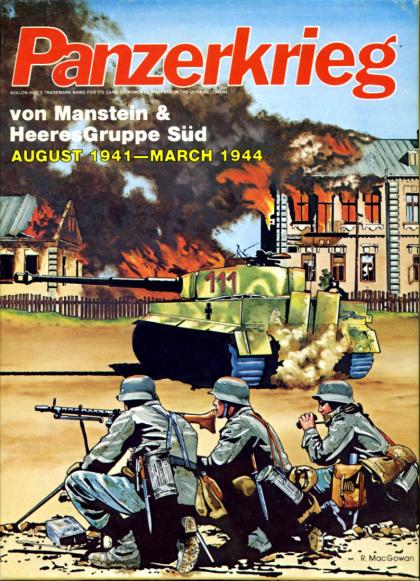 Panzerkrieg is a simple-mid complexity operational level game of the military operations in Southern Russia during World War 2. The game is played on a map depicting southern Russia from its western border with Rumania and Poland in the west to the Caucasus mountains in the east. Units are basically German divisions and Russian corps, with multiple units being able to merge to form German corps and Russian armies. Each game turn represents approximately 1 week of real time.

The game comes with rules, 22" by 32" mapboard, 520 counters, charts and a detailed scenario folder.