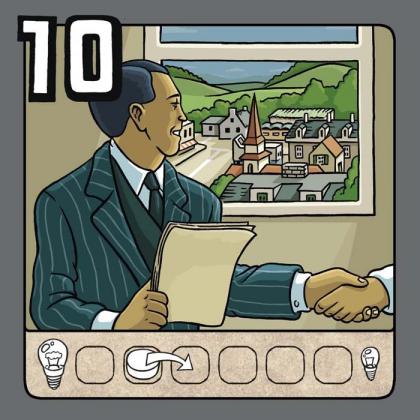 Originally available for a donation at the 2F-Spiele booth during Spiel 2011, Supply Contract was also included with Spielbox 2013/#1, and has been available through the BGG Store since November 2012.

The Supply Contract lets you permanently move one step back in player order, both immediately after the card is purchased and each round after player order is determined; hopefully you have enough cash in hand when this card shows up in the power plant draw pile.