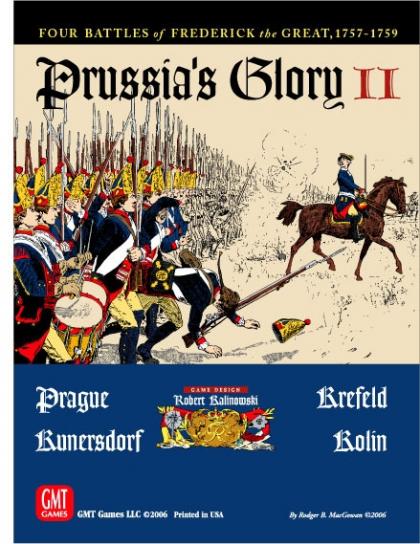 The new optional rules provide a richer mix of tactical chrome, while the selected actions serve to round out GMT's coverage of the war's most famous battles. PG I and II may also serve as a tactical complement to GMT's upcoming Clash of Monarchs, a card-driven, strategic treatment of the Seven Years War in Europe.