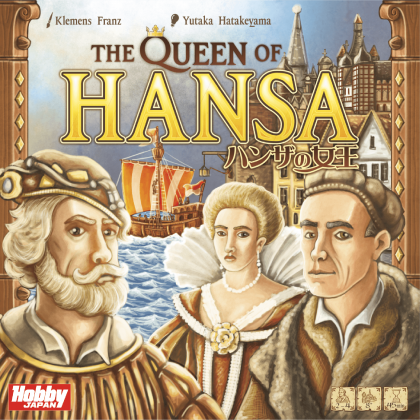 The Queen of Hansa

In the late Middle Ages, northern Europe is dominated economically by an alliance of cities known as the Hanseatic League. Its central city, Lubeck, enjoys such prosperity that it has come to be called the Queen of the Hansa.&#10;&#10;In The Queen of Hansa, you are a Lubeck merchant who seeks to acquire more wealth than any other through trade with other cities in the League.&#10;&#10;