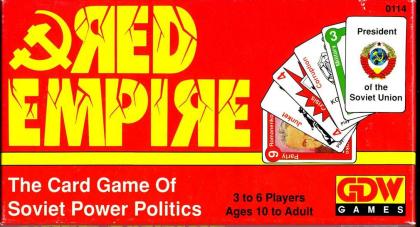 Each player is given a different assortment of cards representing leaders and other important figures in the Soviet Union. As various catastrophes arise, players must cooperate to prevent the Union from collapsing even though they are constantly competing with each other in efforts to maneuver one of their own characters into the role of president. This combination of competition and cooperation makes for an interesting game full of player interaction.