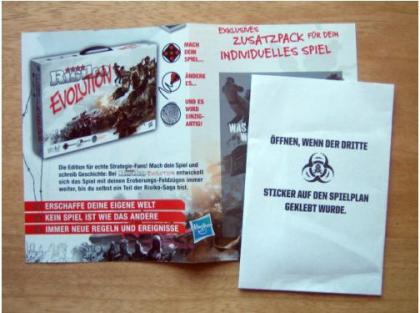 This small card expansion contains 5 soldiers for the draft cards. It is additional playing material that is used when 3 biohazard stickers were pasted on the board

The soldiers work for all factions and will be played with the normal draft card rules.

The package was in the Spielbox magazine 05/2011, but also named on the rules card as "Essen Spiel 2011" giveaway.