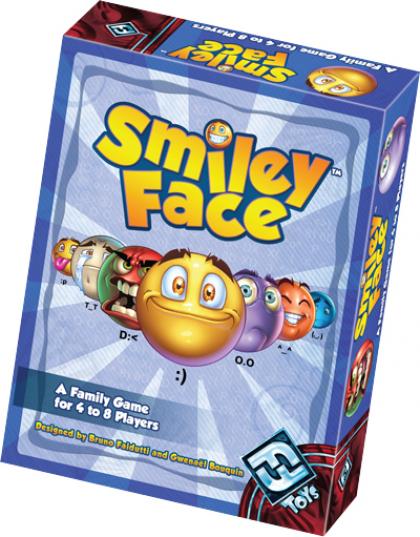 SmileyFace is a card game of face-to-face family fun for four to eight players.

Over the seven short rounds of the game, each player tries to collect the highest total face value of cards of a single type. Each round brings new surprises as the values of cards change and the wacky Mischief cards come into play. Only the player with the highest score for a round (and perhaps the player who lent him a helping hand) will win points!

"A King's Life": Intriguingly the designer reports that originally the game had a very different theme, being called "A King's Life" and concerned with a royal court and its attempts to cheer up a bored king. The retheme was recommended by the publisher.