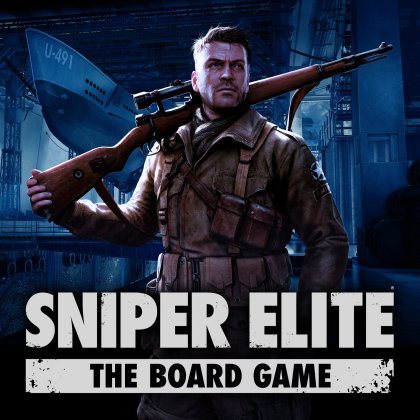 Sniper Elite: The Board Game

Sniper Elite: The Board Game is a hidden movement game based on the iconic video game series.&#10;&#10;In the game, one player takes the role of the sniper, who is trying to make their way past the German guards by stealth or violence. Up to three other players control squads of German soldiers, striking a balance between defending their objectives and hunting the sniper.&#10;&#10;Sniper Elite features a bag-manipulation element. The sniper draws chits from a bag to target the defenders, though canny defense can decrease the sniper's likelihood of making their shot...&#10;&#10;&mdash;description from the publisher&#10;&#10;