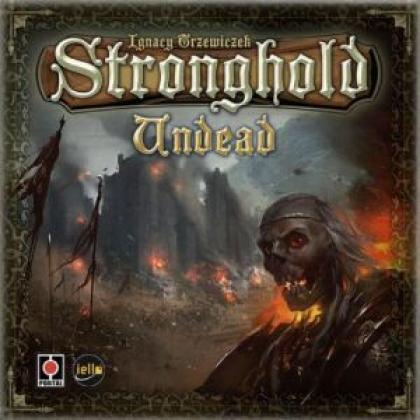 Ignacy Trzewiczek introduces a new story about invading a castle - this time brave defenders have to stand against forces of the Undead. Glory no longer matters - now both opponents fight for time.

The Necromancer has 8 rounds to defeat men or his army will vanish in sunlight. From the 5th round his power starts to melt away, and he must pay to keep his forces in the battle.

Defenders die on the walls. Necromancer's power wanes. Who - at dawn - will be able to stay standing and who will perish?

This expansion introduces a new set of buildings in the stronghold, a new set of Invader cards, new rules (Fear level, Leader board) and many more extras.