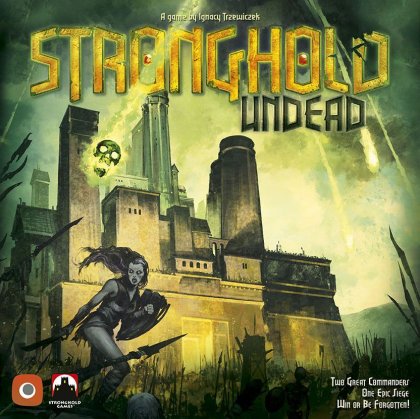 The Necromancer leads an undead army toward the stronghold walls. A powerful artifact lies within the stronghold. A magical item imbued with immense energy. The Necromancer's powers are weakening, and his magical essence is fading with each passing moment. He will regain his powers if he manages to take the castle by storm and claim the artifact. Thus, if the undead army succeeds in breaching the stronghold within eight turns, it will capture the artifact and attain victory. If not...well, if not, the Necromancer's powers will fade completely and the undead army will turn to dust.&#10;&#10;Stronghold: Undead is a re-balancing of the original Stronghold: Undead expansion for the second edition of Stronghold that is now a standalone game. It includes a new board with new paths to siege the castle, undead mechanisms, and more ways for both sides to secure their victory!&#10;&#10;&mdash;description from the publisher&#10;&#10;