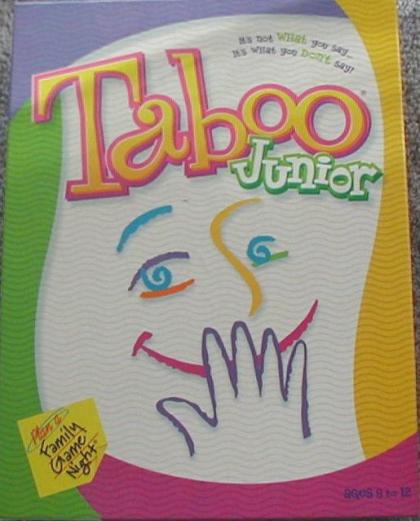 Taboo Junior is a simpler version of the parent game, advertised for ages 8 to 12. Players divide into two teams, racing their tokens on parallel tracks to the finish line. A card is secretly drawn and a "clue giver" tries to get his team to say the word on it...without using any of three related words that are also on the card. The team has a timer during which they score as many clues as possible. The number correct is the number of squares the token is moved.

One difference from the original game is that the "buzzer" is actually a plastic squeak toy instead of the harsh electric buzzer. The clues are also much easier, common words than in the adult game.