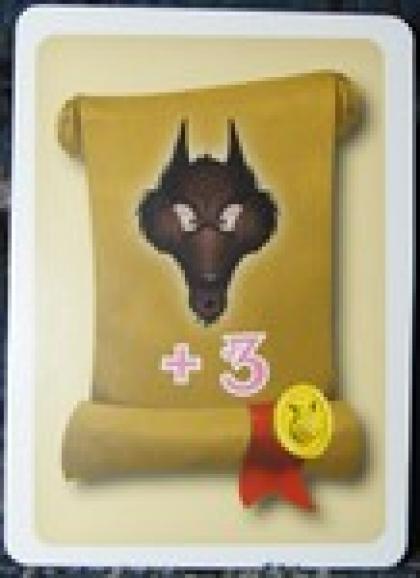 The card reads as follows:

Bonus Card for the game

Use this card in the Veteran Pigs variant. Award this card at the end of the game to the player who has blown away the most points.

Each time you blow on an opponent's house, you receive the tiles that were blown away, instead of removing them from the game. Form a separate stack of these tiles, so you don't confuse them with your own building tiles.
At the end of the game, each player counts the pig heads on the tiles that he blew away. Whichever player has the most "bluster" points receives this award.

If it is a tie, nobody gets this award.