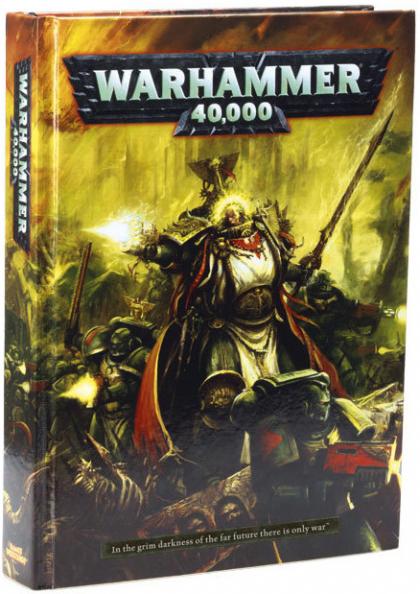 In a Dystopic future age, engage as one of the SPACE MARINES chapters to uphold the emperor of humankind honor and glory or one of the foe factions to humanity like the alien Orks, Tau Empire, Voracious Tyranids, Ancient Necrons, Deceiver Eldars or join the power of the corruption within Chaos Workshipers and his demons that seek to seduce the mortals.

Within this new rulebook you´ll be introduced to the new game mechanics and Universal rules to the 40K universe. Also a guide to assemble, paint and collect your army of choice; and how to field your armies to play battles.

Gather your army and prepare for the Battle!