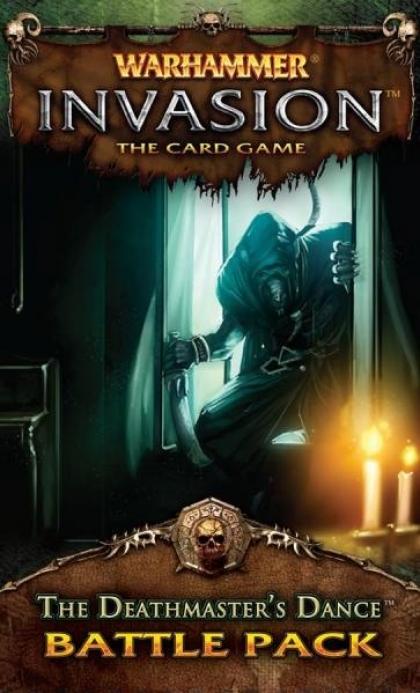 The first battle pack, The Skavenblight Threat, saw the emergence of the diseased and squabbling Skaven. The second battle pack, The Path of the Zealot, brought new forces for the Skaven and the witch hunters... and the third, Tooth and Claw, brought forth new heroes to battle the growing rat menace. Now, Fantasy Flight Games is pleased to announce the upcoming release of the fourth battle pack for Warhammer: Invasion The Card Game, The Deathmaster’s Dance!

The forces of Order have put up a valiant fight against the relentless spread of the Skaven, but now a new threat has arisen, a threat that goes by name of Deathmaster Sniktch...