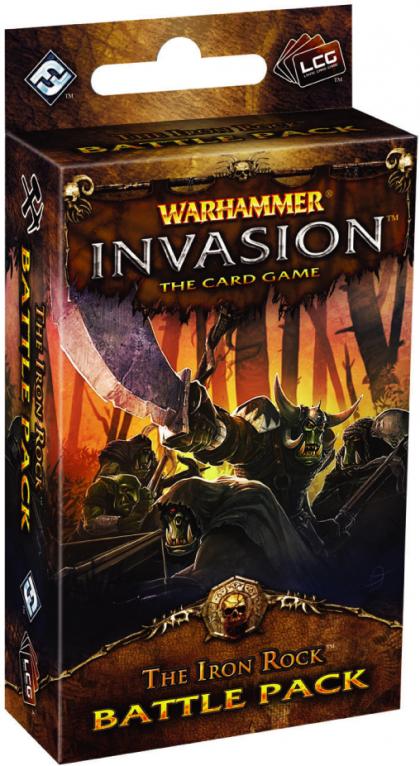 A horde of Orcs has gathered at The Iron Rock, eager for fightin', slayin' and lootin'. No land is safe when the Greenskins go to war...

The Iron Rock is the third Battle Pack in "The Capital Cycle" for Warhammer: Invasion The Card Game! With half of its cards devoted to the warmongering greenskins, The Iron Rock is an invaluable Battle Pack for players of the stunty-smashin' Orc horde.

Not an Orc player? Fans of other races will also find a variety of useful tactics, units, and support options. While a Blessing of Asuryan shines down upon the High Elves' greatest mages, the vile Beastman Shaman feeds on the corruption of his allies. Meanwhile, the Bretonnian Black Knight engages in some offensive questing, and the Burial Mound gives the forces of the undead a new source of power! The Greenskin horde is gathering under a banner of war, and unless they are stopped, their Waaagh! will leave the Old World in ruins. Prepare for the onslaught!