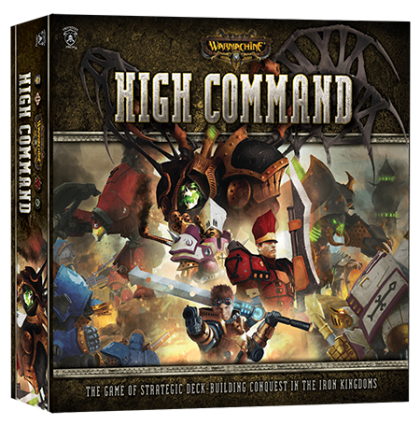 The fires of continent-spanning war engulf western Immoren, forging great leaders in a crucible of conflict. Bold commanders orchestrate grand strategies and daring battlefield tactics, their actions bringing glorious victory—or the despair of final defeat. Do you have the courage and cunning to lead your forces to ultimate triumph? Take command and muster the military might of an entire nation to conquer the Iron Kingdoms!

Warmachine: High Command is a deck-building card game for 2-4 players set in the steam-powered fantasy world of the Iron Kingdoms. Leverage your resources, rally your armies, and dominate your foes to set your banner above all of western Immoren!

This set can be combined with the following other core sets: