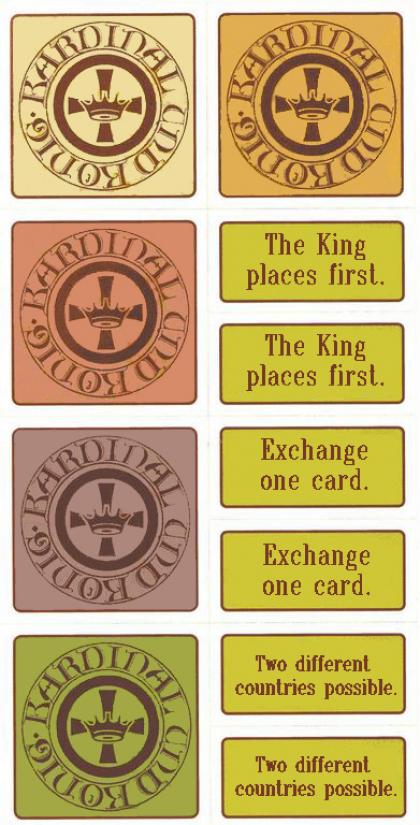 Web of Power: The Duel

This expansion to Kardinal & König allows the game to be played by two players. It adds a third, neutral, player (the King) which players alternate playing pieces of onto the board. Five new influence cards indicate for which player the King's pieces score. Additionally, each player has three special action cards which allow them to break certain rules when surrendered.

Voti e commenti per Web of Power: The Duel