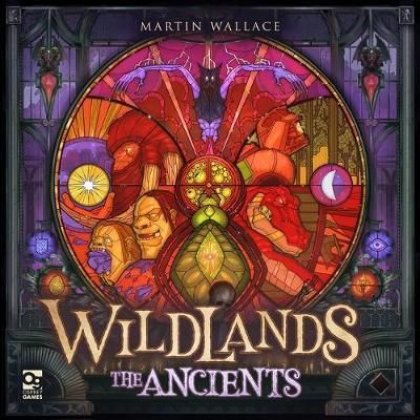 Wildlands: The Ancients is a big box expansion for Wildlands, bringing solo and cooperative play to the critically-acclaimed game, alongside support for 5-6 players.&#10;&#10;The Ancients, age-old guardians of the arcane crystals, have long slumbered in their secret vaults. Rumored to be invincible sentinels, they have defended their crystals unchallenged for eons. With the fall of the Empire, the most desperate bands of the Wildlands have joined forces to take them down and claim the crystals they protect.&#10;&#10;Wildlands: The Ancients introduces powerful creatures and new terrains that allow players to play Wildlands solo and cooperatively, as well as supporting play with up to six players.&#10;&#10;