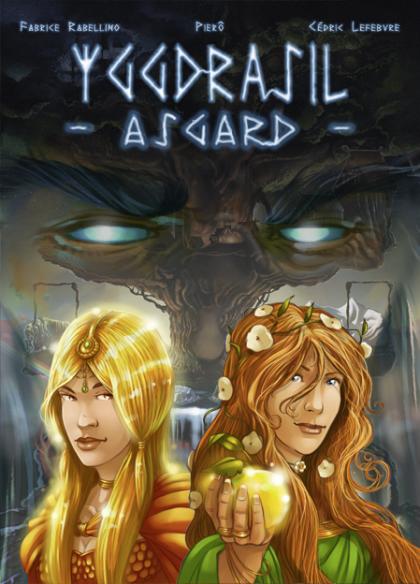 In Yggdrasil: Asgard, an expansion for Yggdrasil, each God can go into a Trance for one action. Once in a Trance, a God can neither fight in Asgard nor use his usual power – but all the Gods, including the one in Trance, receive a Trance power. Two examples of Trance powers: the Gods can discard the vikings' souls after rolling the die in combat, or they automatically remove five Fire giants from the bag of their choice while doing an action in the Kingdom of Fire. For one action, the entranced God can leave the Trance, at which point he recovers his usual power and can fight again.

Yggdrasil: Asgard contains twelve double-sided God tiles, with a God's usual power on one side and the Trance power on the other. To change a God's state, the player simply flips the tile. The Gods included in this expansion are: