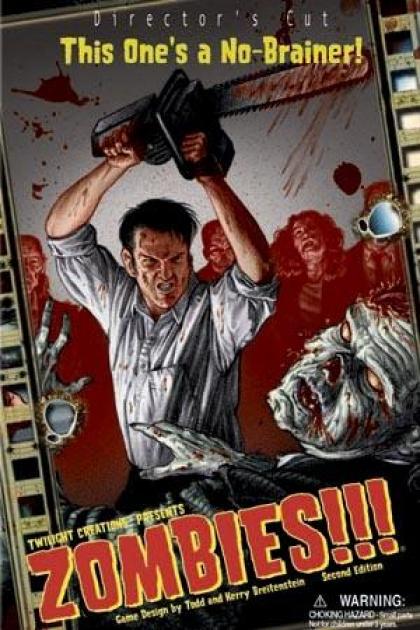 Players take on the role of a survivor amid city streets sprawling with Zombies. Movement is determined by dice roll as is combat when the player's piece is in the same square as a Zombie. Players must conserve bullets and protect their life counters. At the end of the turn a dice roll directs the player to move a number of Zombies one square (because they are the slow George Romero type).

First player to reach the center of the Helipad tile and kill the Zombie there, or kill a total of 25 Zombies wins. When a player is killed they move back to the starting tile and lose half their Zombie kills.

Zombies!!! is the original game in the Zombies!!! series.