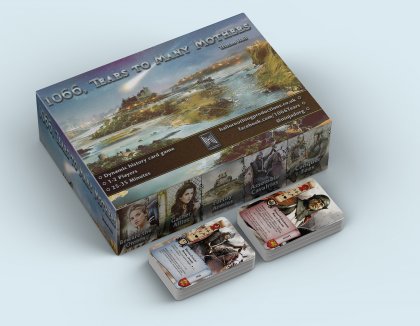 1066, Tears to Many Mothers is a two player, non-collectible, asymmetric, competitive card game in the style of Magic the Gathering, which puts players in charge of the Normans or the Saxons and recreates the historic Battle of Hastings.&#10;With a focus on quick, tactical play and a thematic abstraction of the events of the time, there is no deck building required, each player simply grabs his deck and shuffles and play begins.&#10;&#10;Warning: may also contain historical information.&#10;&#10;This is an Alt Wars card game, and if successful more will follow, beginning with Agincourt.&#10;&#10;Please note that the current art is unofficial placeholder art until the game gets an official release.&#10;&#10;Honours: 1066 was a runner up in the 2014 Golden Geek Awards and was nominated in the Origins Awards 2015 under the 'Best Historical Board Game' award.&#10;&#10;