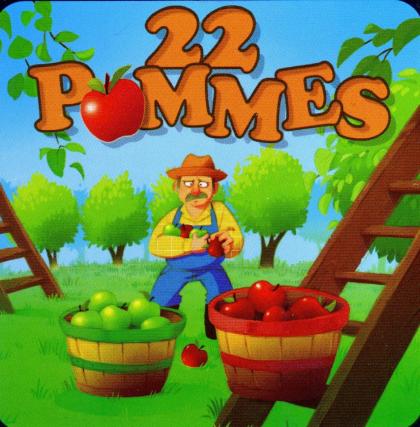 The two players must collect exactly 11 green apples and as many red apples to win. In order to do so they will move the gatherer who will then be able to collect markers representing 1 to 5 apples.

The 24 apples markers and the gatherer are organized in a 5x5 square. On his turn, a player can take an apple marker on the same line or column as the gatherer. He then move the gatherer on the freed space.

The game ends when a player managed to collect the right number of apples or when he forces his opponent to collect more than 11 apples.