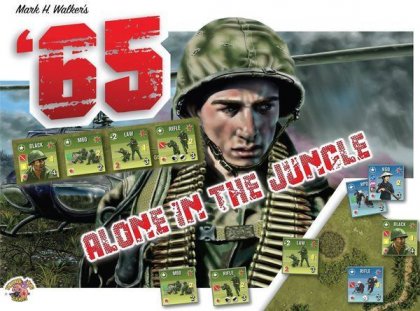 Solitaire expansion for '65. Based on the solitaire version of Night of Man, backers will get their own solitaire version of &rsquo;65 replete with counters, cards, and scenarios.&#10;&#10;As the American player, you play just as you would a two-player game, the Communists are controlled by the special solitaire deck. Shadowy enemies, tactical combat, story-telling, twists of fate, it's all here in an intense experience that will satisfy the most avid '65 player.&#10;&#10;